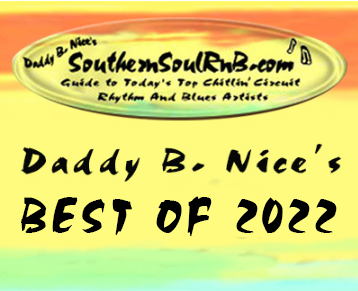 King George. It was his year… 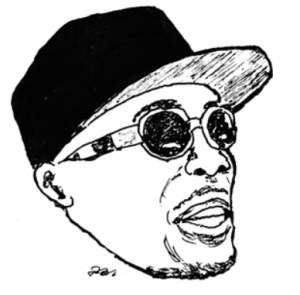 Prior to 2022, if anyone had suggested that a complete unknown could come out of nowhere and not only dominate southern soul music but change and influence it, rising to headliner status on the prestigious Blues Is Alright Tour by year’s end, they’d have been laughed out of the room. But that’s exactly what South Carolinian King George did. Four of his singles—“Keep On Rollin’,” “Can’t Stay Too Long,” “Friday Night” and “Leave And Party”—made the Top 25 Songs of 2022. Two of those songs, “Keep On Rolling” and “Can’t Stay Too Long,” amassed 32 million and 28 million YouTube views respectively. Artists queued to collaborate, most prominently Tucka with the “Jukebox Lover” remix and P2K with his surprise hit single “U-Turn”. And scores of artists imitated him, recycling his melodies, favoring his mid-range tempos, absorbing his tasty guitar backgrounds, imitating his non-adorned yet confident vocal style.

With the phenomanal “Knee Deep” (now running at 32 million YouTube views) the Jay Morris Group was the hottest thing in southern soul music as 2022 began. Then the hurricane known as King George made landfall and they were blown away like the sand and the dunes—out of sight, out of mind. Female artists rushed to record “answer songs” to King George’s most incendiary single, “Keep On Rollin’,” in the same way, years earlier, female performers had rushed to record ripostes to Pokey Bear’s “My Sidepiece”. Both tunes featured men doing and saying things that normally infuriate women, who make up the overwhelming percentage of the southern soul audience. And yet, through some strange osmosis, what turned off women in real life turned them on when transported to music, ringing a bell and engendering a perverse love of what would normally be hated. The “outlaws” (Pokey, KG) suddenly became sympathetic characters by simply being brave enough to publicize their outrageous behavior. Thus, in concert after concert, King George sang “I gotta have three (women)” to throngs of black women in love with the swagger, enthusiasically pumping their fists in the air and singing those very words along with him.

Country was the theme dominating the music in 2022… 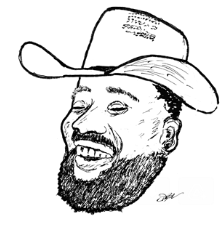 “Country” has always been a southern soul touchstone, and your Daddy B. Nice has frequently described southern soul music itself as “country soul,” but one person more than any other made the theme of country (“no service on my phone”) trendy and buzz-worthy in 2022: Jeter Jones. In song after song and video after video the Kang of Trailride Blues pounded home the blessings and vicissitudes of rural life and small-town culture, a message that reverberated throughout the genre by virtue of the sheer number of songs and accompanying music videos produced by Jeter, producer Slack and their team of supporting musicians/videographers (2 double-albums, four total, in back-to-back years). And in a year that marked the lowest traditional-record-label publishing on record, Jones Boy Entertainment put out the most music in the southern soul demographic.

The big boys were relatively quiet in 2022… 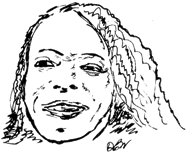 And “the big boys” would include Nellie “Tiger” Travis, whose “Mr. Sexy Man” remains a nationally recognized hit single, and one of those major stars who will be touring in front of stadium-capacity audiences across the country in the coming months in the Blues Is Alright Tour. Pokey Bear put out an Omar Cunningham-written single, “Here Come Pokey,” tailor-made for his swagger. Tucka released two versions of his iconic single “Jukebox Lover”. The original boasted a typically virtuoso vocal. Tucka’s rapping in “The Remix,” however, was reduced to a near mumble in the mix, but it was “all good” and even more popular with the stunning guest addition of King George. King George, by the way, leaped to recurring headliner status on that Blues Is Alright line-up. Sir Charles Jones squeezed into the year’s activity at the last minute with a new solo gospel/contemplative album and a shockingly personal single called “Highway 55”. And Calvin Richardson, the remaining regular on the tour, did what Calvin Richardson does—namely recording nothing in the southern soul vein—apparently content to be the urban r&b “bridge” to the southern soul stars. Finally, Theodis Ealey, Latimore and Lenny Williams, the aging stars of the tour, saw their appearances wane.

Old vs. New was the major conflict and competitive dynamic of the industry… 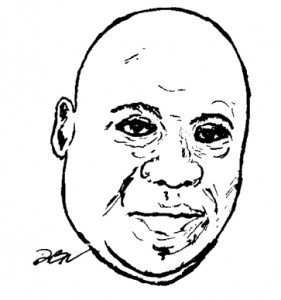 Namely, the overwhelming influx of digital singles airing on the YouTube platform by new and aspiring performers versus the “old,” second tier of stars, formerly “young guns,” who frequently found themselves in the unlikely position of having their product overlooked in the general chaos of new offerings. Included in this group were well-recognized performers like O.B. Buchana, Willie Clayton, T.K. Soul, David Brinston, L.J. Echols, Vick Allen, Avail Hollywood, Ms. Jody, Karen Wolfe, Nelson Curry, Lacee, Big G, LaMorris Williams and even nationally recognized stars such as Bobby Rush and William Bell, who all released distinguished work that did not make the “splash” it had in years past when the pool of artists was much smaller. One industry veteran even told your Daddy B. Nice that she didn’t know why (name witheld) was even recording new material because all the audience wanted to hear was his old songs. 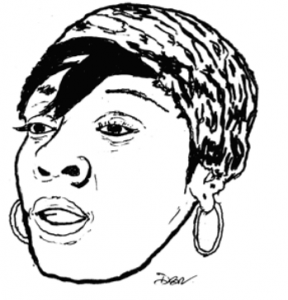 Meanwhile, the new talent flooded the air waves with music teeming with energy and surprise, illustrating Blues Critic’s observation that southern soul music is the easiest genre to break into but the most fiercely competitive. Among the most important new performers were J’Cenae, West Love, Jay Morris Group, Magic One, Arthur Young, P2K, Stan Butler and Adrian Bagher, and even newer artists like Sassy D, Sweet Nay, Ciddy Boi P, Marcellus The Singer, C. Jones, Jus Epik, F.P.J, Carlin Taylor, K. Renaa, Mr. Hollywood, Kinnie Ken, Tasha Mac, Mr. Don’t Leave and Volton Wright, to name only a few. Which brings us around and back to King George, the “new” being exactly what he did. Music self-produced, put out digitally, and consequently blowing up TikTok and YouTube. Actually, KG didn’t even put out his music digitally UNTIL it had blown up social media. The ultimate irony and triumph of King George was that in the very same year he would ace the “Best Debut” awards—normally a “first step” in an artist’s career—he would become a bonafide southern soul superstar and the undisputed recording artist of the year. Take my word for it. It had never been done before. And it left more than one southern soul artist shaking his or her head and wistfully thinking, “If only that had been me…” 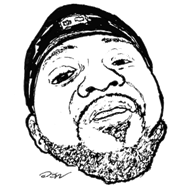 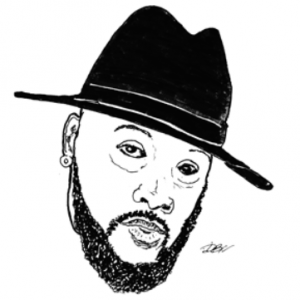 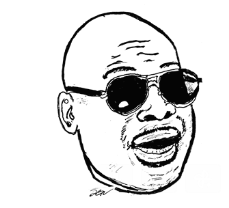 10.“Come To The Trailride” by Jeter Jones 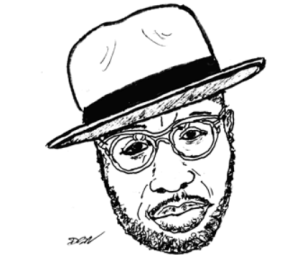 16. “Let Me Take You There” by Stephanie McDee 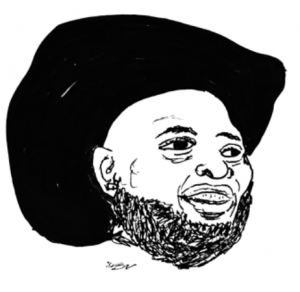 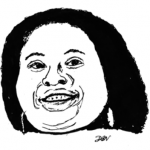 23. “All For You” by Crystal Thomas feat. Crystyle